Everyone had told me that Africa gets under your skin and I had understood the concept but not yet experienced it. It’s hard to believe we have only been in Uganda for five days, at KAASO only four. And yet I feels as if I have been here forever. While the enormity of everything continues to overwhelm, I know this is where I am meant to be.

When we first arrived in Kampala, the capital of Uganda, we were met by Dominic, the director of the orphanage/school at which we are living. He was and continues to be full of smiles, full of life and a complete inspiration to us. We were led to the carpark and directed to put our bags in the boot. He opened the boot to make space and I blindly put my head in only to be hit in the face by a startled chicken rocketing towards me that had been held captive in the boot – a gift from his cousin. It was a hilarious start and set the scene for this world of surprises that we have come to accept as (almost) normal. 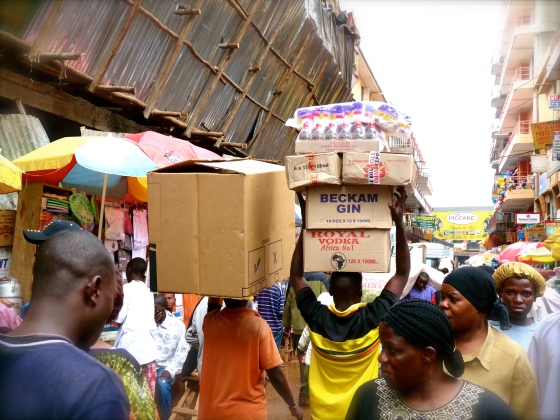 Kampala was a feast for the senses – smells, noises, sights and tastes we had never before experienced. Baskets of bananas balanced on heads, boda bodas weaving precariously through gridlocked traffic, markets overflowing with fresh fruit, chickens running freely, brightly coloured clothing wrapped around tall, proud women and an overriding sense of movement.

Dominic drove us down from Kampala into the countryside. Here the earth was so red, the sky so blue and the mass of banana plantations the most stunning green. We crossed the equator and into the Southern Hemisphere and I was amazed to simply pass from one hemisphere to another without ceremony – I was brought up to believe it was by sea that you crossed the equator with the obligatory toasts and libations to King Neptune. We arrived at KAASO in the evening, exhausted but happy to have arrived at last.

The project’s full name is St Paul KAASO (Kabira Adult Attention and School for Orphans) and was set up in 1999 by Dominic and his wife Rose. The Rakai District where we are living was where the AIDs virus was first diagnosed in Uganda and there is not a family here that has not been affected. The school began with only a handful of children but by the end of the first year there were over 60 orphans. There is such a huge emphasis here on education and the children are so incredibly motivated and so eager to learn – it’s staggering how dedicated they are. There are free governments schools in Uganda but the standard of teaching is very low and so the popularity of KAASO has grown with non-orphans starting to be admitted because the teachers here are dedicated and committed to their jobs. There are now over 600 children here – a massive number to try and comprehend and as it is currently school holidays so we have not yet seen the majority of them. There are a few children still at school who have nowhere to go over the holidays so we have been spending time with them, playing netball, learning Luganda, speaking to them in English (their level is outstanding) and just enjoying time together.

This morning we found ourselves in the older girls’ dormitory where the girls were studying and lying in their three-tier bunk beds. We chatted and they laughed at our attempts to speak Luganda. We sung national anthems to each other and they marvelled at the Maori verse sounding like Luganda and wondered why we weren’t fluent in Maori… They love to sing and one of the Dominic and Rose’s daughters Phionah (pronounced Fiona) asked me to bring out my guitar which they had seen but not yet heard. We spent the rest of the morning singing and dancing and laughing as we sang songs from my childhood and they clapped and joined in. They love ‘In the Jungle’ and it never ceases to make me grin to watch this sea of smiling faces singing ‘wimou-wae’… 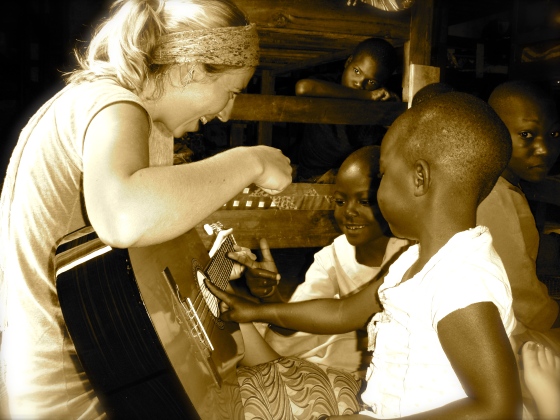 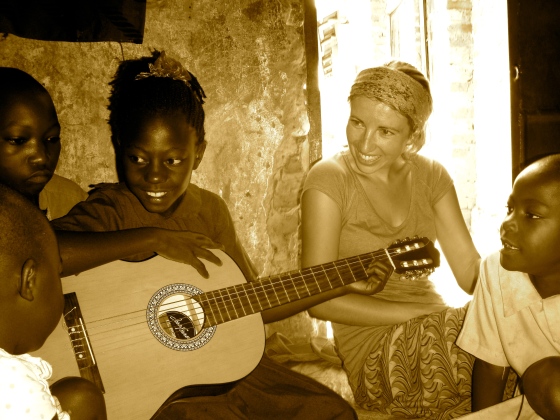 Life without electricity or running water has its challenges but has been surprisingly easy to adjust to. I have learned how to filter water so it is safe to drink, to bathe from a small tub of cold water scooped out of a barrel in the dark, wash clothes in the same tub using soap that is later used for washing the dishes in yet another tub of cold water. The generator fills our world with a flickering light for two hours a night and then stops suddenly, plunging our world into darkness. At night we tuck ourselves into our mozzie nets and try to avoid the giant mosquitoes that fortunately are not too abundant. The stars are brighter than I ever thought possible and I am constantly awed by the beauty of this place and the people that inhabit it.

School begins on Monday so we will soon be inundated with children and I can’t wait! Kirsty has already started coaching the netball team, there is a choir that I am keen to get involved with, we have helped to organise the ‘library’ – currently a few shelves of books but there are future plans for this. There is so much to do and we have many ideas but are trying to hold back until school starts to see the way things are done to make sure we complement rather than hinder the existing systems.

It is still early days here but each day I feel more and more a sense of purpose and if nothing else, simply spending time with the children here and seeing the smiles on their faces makes everyday worthwhile. 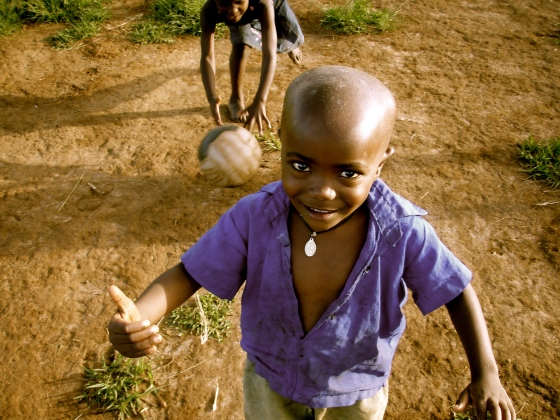