I often find myself trying to explain why a Kiwi girl married to an Aussie living in Bermuda thinks there are parallels between the international sailing community and a rural village community in Uganda. It all seems a bit improbable. And yet, time and time again, I find reasons to show why the two are not so opposed after all.

I had been living in Bermuda for just over a year when Rebecca Roberts, the unstoppable force behind our school bus fundraiser, introduced me to Greg Soares from Bermuda’s Hamilton Rotary Club. While in Uganda delivering the bus with me last November, Rebecca had noticed how many Rotary-funded projects there were at KAASO – and all over Uganda. She had been involved in an event raising awareness about conflict minerals in the Congo (www.standwithcongo.org) with Greg the previous year and thought it would be a good idea for the three of us to get together to discuss how we might be able to get Bermuda Rotary involved with KAASO. We bounced around various ideas but kept coming back to the same thing – water. I had recently discussed KAASO’s priorities with Dominic and Rose and they had unanimously agreed that a water harvesting system was number one. With guttering on less than a third of the buildings at KAASO, most of the rainwater simply washed off the tin roofs and onto the ground during the biannual Ugandan rainy seasons. The school was spending valuable funds on diesel fuel to pump water up from a low-lying pond rather than simply harvesting what fell daily from the skies. 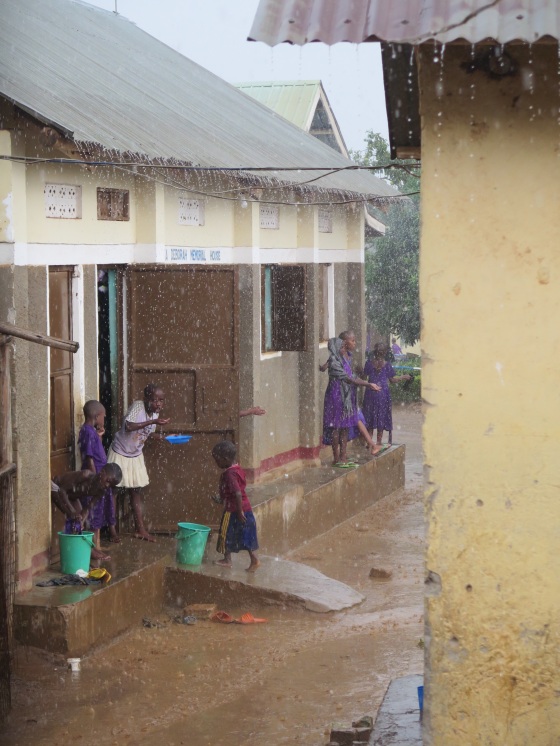 Over lunch in Bermuda, an unlikely connection was drawn between what we were trying to achieve in Uganda and Bermuda’s own unique water harvesting system. Every house in Bermuda has its own water catchment system that collects rainwater from the roof and channels it into a tank under the house. There is no mains water on the island and so if you use all your water, you need to get a fire truck to come and refill your tank. The idea of creating a similar system in Uganda struck a chord with my new Bermudian friend and it was quickly decided that a new water harvesting system for KAASO would become our top priority.

The fundraising got underway. Rebecca and one of her colleagues, Blythe Walker, generously donated a harbour cruise on the majestic Spirit of Bermuda to kick-start our fundraising efforts and we filled the boat with friends from the America’s Cup and Bermuda sailing community who donated to come aboard, with all funds going straight into the water project.

On board the Spirit of Bermuda with Greg (top left) and his wife Sandra (below left), Rebecca (below middle) and her colleague Joy (top middle) and her husband David (top right)

Colleagues of Rebecca’s at RenaissanceRe gave generously and, thanks to their company’s matching grants, the funds grew exponentially. I presented at several local primary schools and one school, inspired by the connection between Bermuda’s water harvesting system and the one we were fundraising for in Uganda, ran a school-wide science project with student groups creating their own proposed water system for KAASO.

Two big-hearted Rotarians, Jim Brock and Kirk Kitson, pitched in the final balance to get us over the line and, as the final days of the America’s Cup racing came to a close, we reached our target of $17,500. This was enough to put guttering on every building at KAASO as well as construct two 100,000-litre water tanks to store all the fresh water.

Three weeks ago, the funds were sent to Uganda and within a few days, construction was already underway. Dominic proudly sends me photos each morning of the progress and I can’t wait to turn on the tap and watch the water flow when I return to Uganda in less than two months. 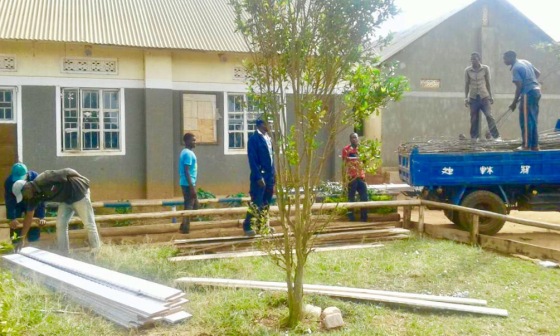 And so I sit and marvel that because a sailing event came to Bermuda, a school in Uganda has been able to get not only a bus, but also fresh water. With huge thanks to Rebecca and all her generous colleagues at RenaissanceRe, to Greg and his amazingly supportive fellow Rotarians, to everyone in our America’s Cup family, as well as friends around the world who answered the call and sent funds our way – your support is greatly appreciated. I’ll have a drink for you all in November! 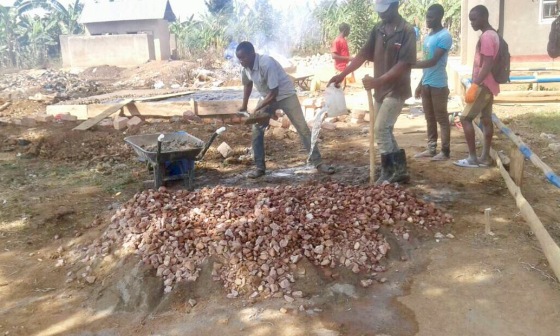